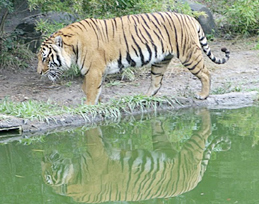 Sundarban is also the only mangrove forest in the world having the tiger as its indigenous population. As per 2004 census, the tiger population in Indian Sundarban is around There are 58 species of mammals, 55 species of reptiles and around 248 bird species.