Simply fill the form below and our experts will get back to you with best packages in next 24-48 hours.

The glorious walk of this feline animal is just enough to let us know why it is known as one of the majestic creatures of the world. Royal Bengal Tiger, the National animal of India puts the country on the map as the place ideal for tiger tours. Yes, this dangerous looking animal has some qualities that sets him apart from various other big cats of its family, which is why witnessing him in the tiger reserves in India is a must. Often portrayed as savage, tigers are in fact, caring and protective towards their family. There can hardly be a person who will not be impressed with this gorgeous big cat of India that has canines longer than lions and can gobble up 30 to 40 kilograms of meat in one go or the fact that they can imitate sounds of different animals to lure their preys or even for short distances, they run at a speed of 60 km/h. This is not all, there are several other interesting facts about this endangered species that you should know about. 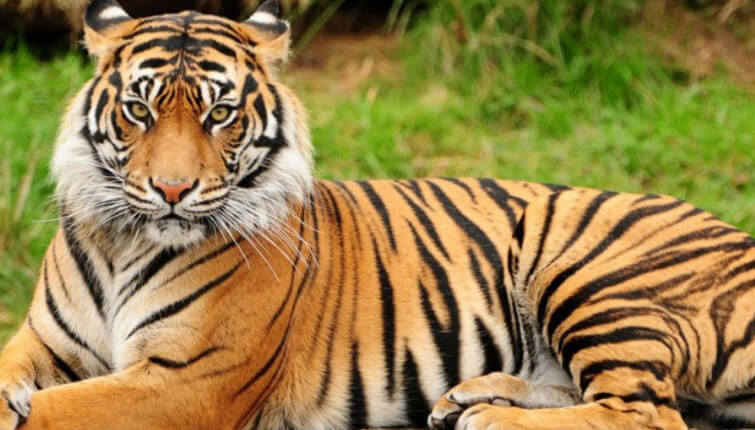 After learning about the Royal Bengal Tiger, I am pretty sure you want to plan a visit to this beautiful creature anytime soon.

Simply fill the form below and our experts will get back to you with best packages in next 24-48 hours.